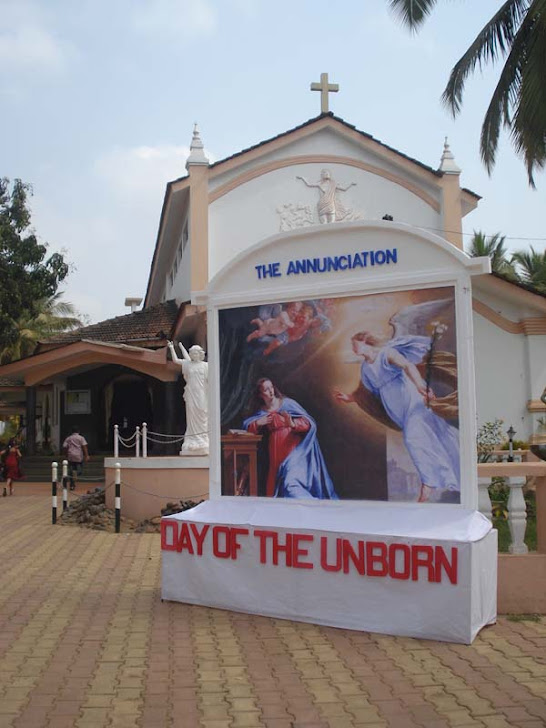 DAY OF THE UNBORN

Dear Prolifers,
Human Life Goa had its exhibition on the Day of the Unborn at Fatorda Church today from 8am - 1 pm. Beginning with Holy Eucharist inside the church, the members later had talks in three separate classrooms for couples,children and other adults. After refreshments, there was the screening of a film inside the church followed by Holy Hour Adoration. The exhibition of prolife themes were displayed outside the church. Alongside are some of them.
Auriel

Following is my personal writing on this topic:

These two lines were penned by my grandfather in one of his poems on my birth.

My father was considered the genius of the family; he had a Master’s in Physics and held a good position as Scientific officer at BARC, Trombay. Naturally, his parents expected only the best from him and for him. They hoped for a grandson to carry on the family name. God had other plans however and I was sent instead.

I grew up hearing harsh words spoken to my mother by a drunken father who, disappointed at his inability to produce any more, blamed her for the trouble. I became a tomboy in rebellion, seeking love and acceptance outside the home. I decided early on in my life that I wanted my children to be all girls so I could love them to Eternity and back.

Sometime ago, I read an article on abortion and how female foeticide is on the increase and I wept. When we do not want something, we dump it out as if it is garbage, never realizing that there are others who may need that very same thing. A friend of mine struggled for years to get a child, praying and begging God, even going to ashrams and pilgrimages, but to no avail. Finally, against the wishes of their family, they adopted a beautiful baby boy. Now they are so happy and desire to adopt another.

Every time I visit my family doctor, he asks me if I am expecting again and if I need to go in for an operation. My answer: NFP. I wanted a large family and God gave me one. I did make the mistake of rejecting His gift at one point in my life (after my first-born) and for years I allowed fear to rule. When God uprooted that fear and forgave me, I full-throttled and had three in a line, spaced beautifully 3 years apart.

For those who say abortion is no big deal, you should watch the documentary “Eclipse of Reason”. Dr. Bernard Nathanson shows, with lurid clarity, the horrors of this cruel act, where body parts are brutally wrenched from fully formed torsos, the head crushed as the final blow.

Every year, on March 25th, the feast of the Annunciation of the Lord, the Catholic Church celebrates the Day of the Unborn to mourn the deaths of innocent children at the hands of those who reject them. Mother Mary said a resounding “Yes” even though she was unmarried and a virgin. Her courage and obedience are virtues all mothers need to emulate especially when faced with the difficult choice of abortion.

People abort for various reasons. I do not judge them but rather ask them to choose wisely, for the sake of the baby and their own mental health. Research has shown that women, and even men, suffer psychologically when confronted with their guilt. It takes inner healing to gain freedom from that great burden. The whole of humanity loses out too because each child brings new hope into this world; each has a destiny to fulfill. I would hate to think what this world would be without Mother Teresa, Mahatma Gandhi, Dr. Nelson Mandela, Albert Einstein and You.

(This article was written by Auriel Ribeiro Sa in 2010. Since then, she has been blessed with a fifth arrow in her quiver: a bonny baby boy born premature but growing gracefully thanks to the prayers of the members of HLG and other prayer groups. “Daniel is my BONUS for choosing LIFE” she says with gratitude and pride)
Posted by AURIEL at 8:06 AM

OUR LADY OF GUADALUPE 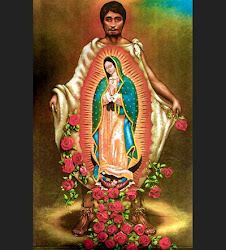 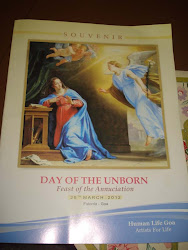 MY SOUVENIR OF DAY OF UNBORN 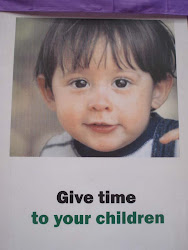 AURIEL
PROUD TO BE CATHOLIC.